Going Green for CP Part 3 of 3

In my final post and the icing on the cake for what an incredible day Wednesday was....Alex was featured in a news article in our local paper The Citizen. Susan Bromley, the reporter interviewed myself, his teacher Lauren and a couple of his classmates. I am so happy with the way the article turned out. You can read the web version of the article here:


This is what it looked like printed in the paper. I am so happy that the community gets to see how important this day was for us, but they get a first hand look at how amazing his teachers and classmates are. 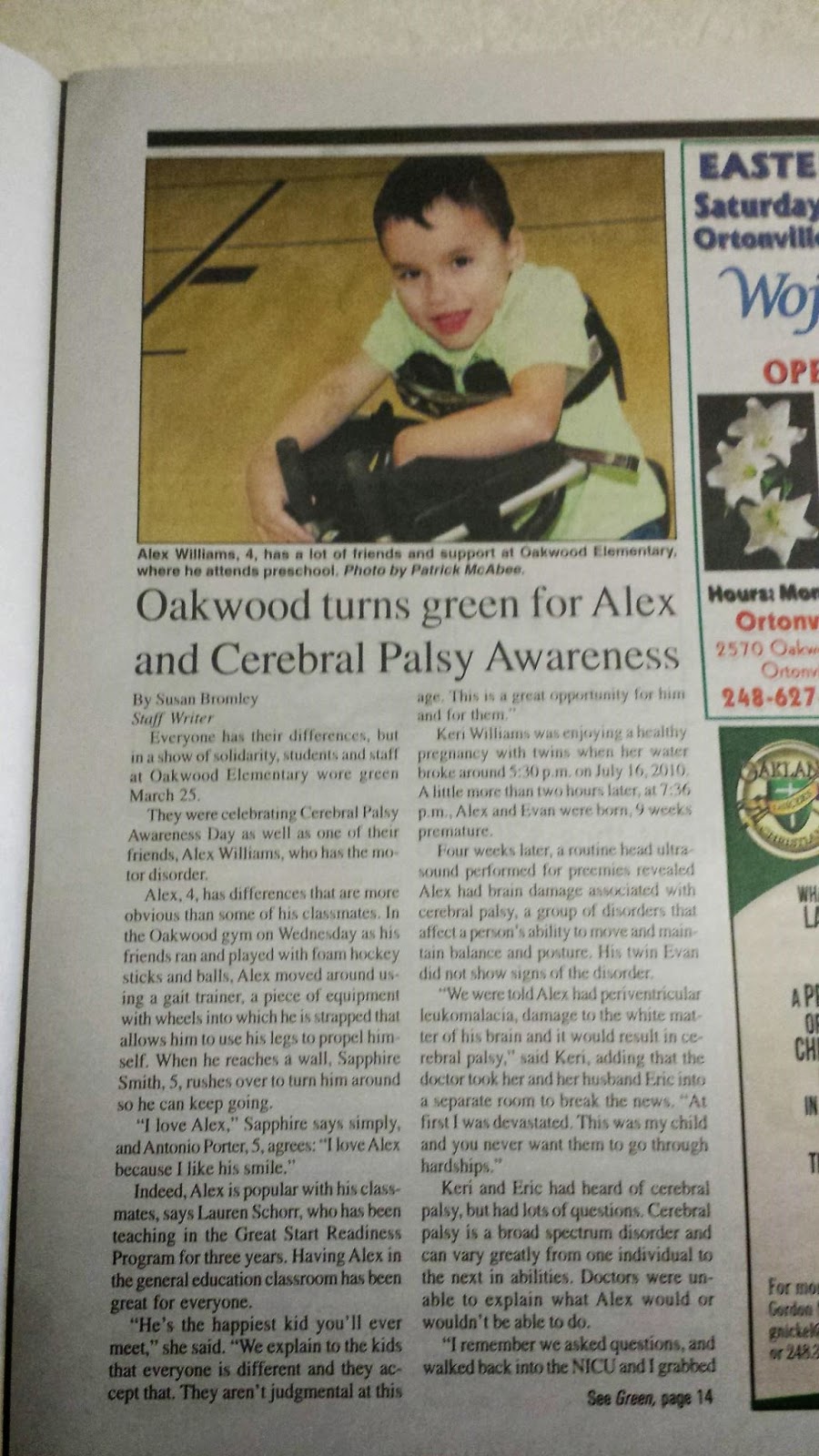 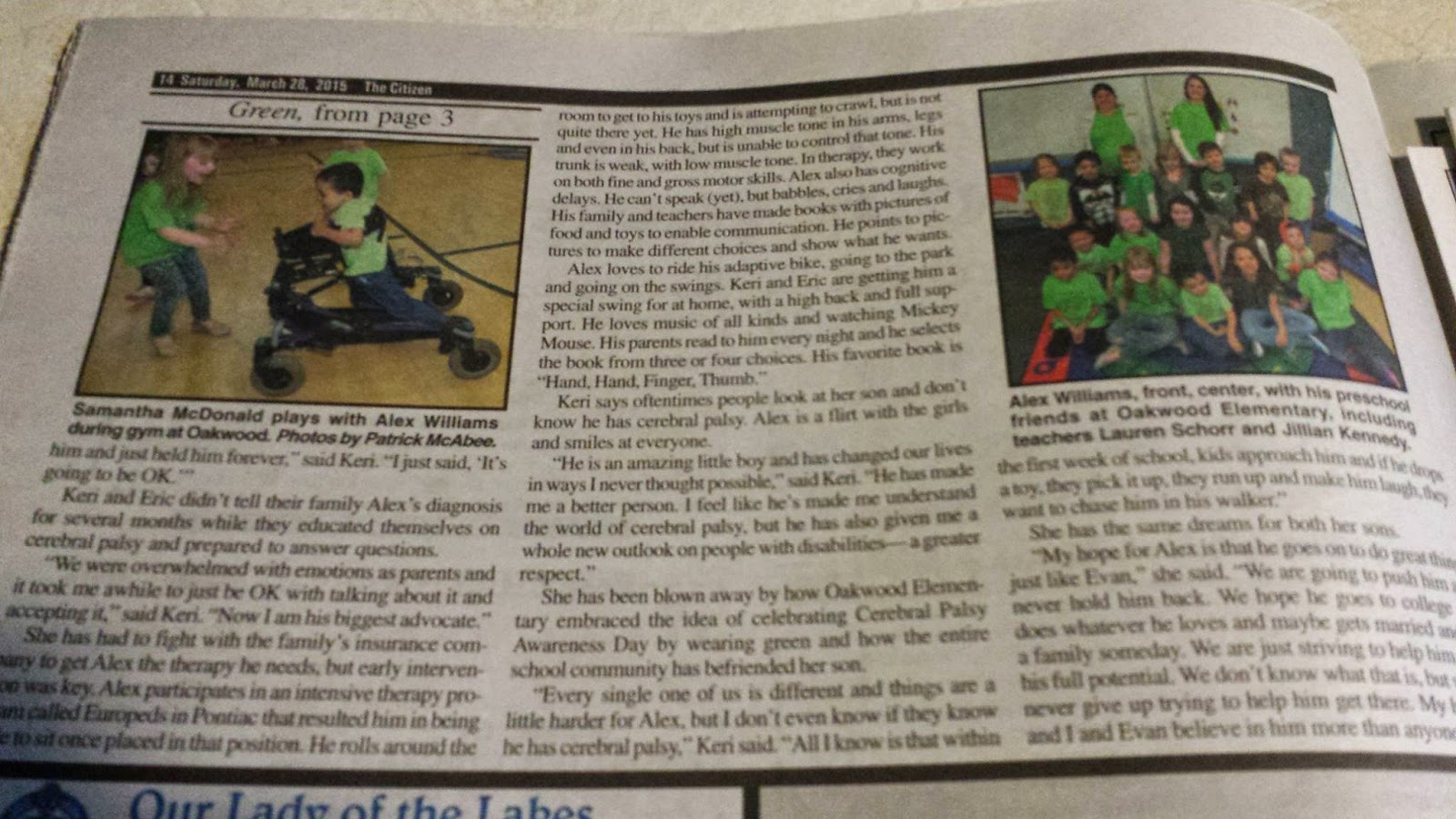 Going Green for CP Part 2 of 3

About a week before CP Awareness Day, I emailed Alex's teachers to ask if it would be possible for the kids to wear green in support of Cerebral Palsy. I mentioned how I wanted to get a picture and maybe submit it to the local paper so that the community could see how great his classmates are.

There isn't a kid in Alex's class that doesn't like him. When I take him in late on Tuesdays and Thursdays, they flock over to him because they are all so excited to see him. It is really quite cute. The girls in the class especially favor him and as I have mentioned in past posts, they make him pictures, read to him and make him chase them in the gym. It is adorable.

His teachers were delighted to make that happen and within two days, flyers were being sent home not only to Alex's classmates, but to every kid in the school!! Oakwood Elementary was GOING GREEN FOR CP! They even put it on the sign out by the road. I was blown away! I couldn't believe that this was actually happening!

Wednesday finally came and after work, I went to the school to first thank the Principal Mrs. Stewart in person, then I was off to the classroom to give all of the kids yummy sugar cookies with green frosting and green sprinkles. They were really excited to see me when I walked in, but not because they know me and I am Alex and Evan's Mom, no they knew I had the sweet goodies!

Everyone enjoyed their cookies except for one little stinker....Alex of course! He didn't want it, he preferred Cheez It's instead.

I got to witness the class do some dancing before we all headed down to the gym. In the gym, they played Duck Duck Goose, Red Light Green Light and Red Rover. Alex cruised in his gait trainer while the girls surrounded him. I was so happy to be there and be surrounded by all of the people who make a difference to Alex everyday.

As we were walking back to the classroom, I would occasionally peek into classrooms or see kids in the hallway and most if not all of them were wearing green. I never thought something this big would happen but good things happen when you are surrounded by people that care.

I will never forget what the students and staff did for us at Oakwood Elementary. I hope that we can make it happen again next year and I think we may have started something great because next week we will be wearing blue to light up the school for Autism! I am very happy to be part of a community where everyone matters. 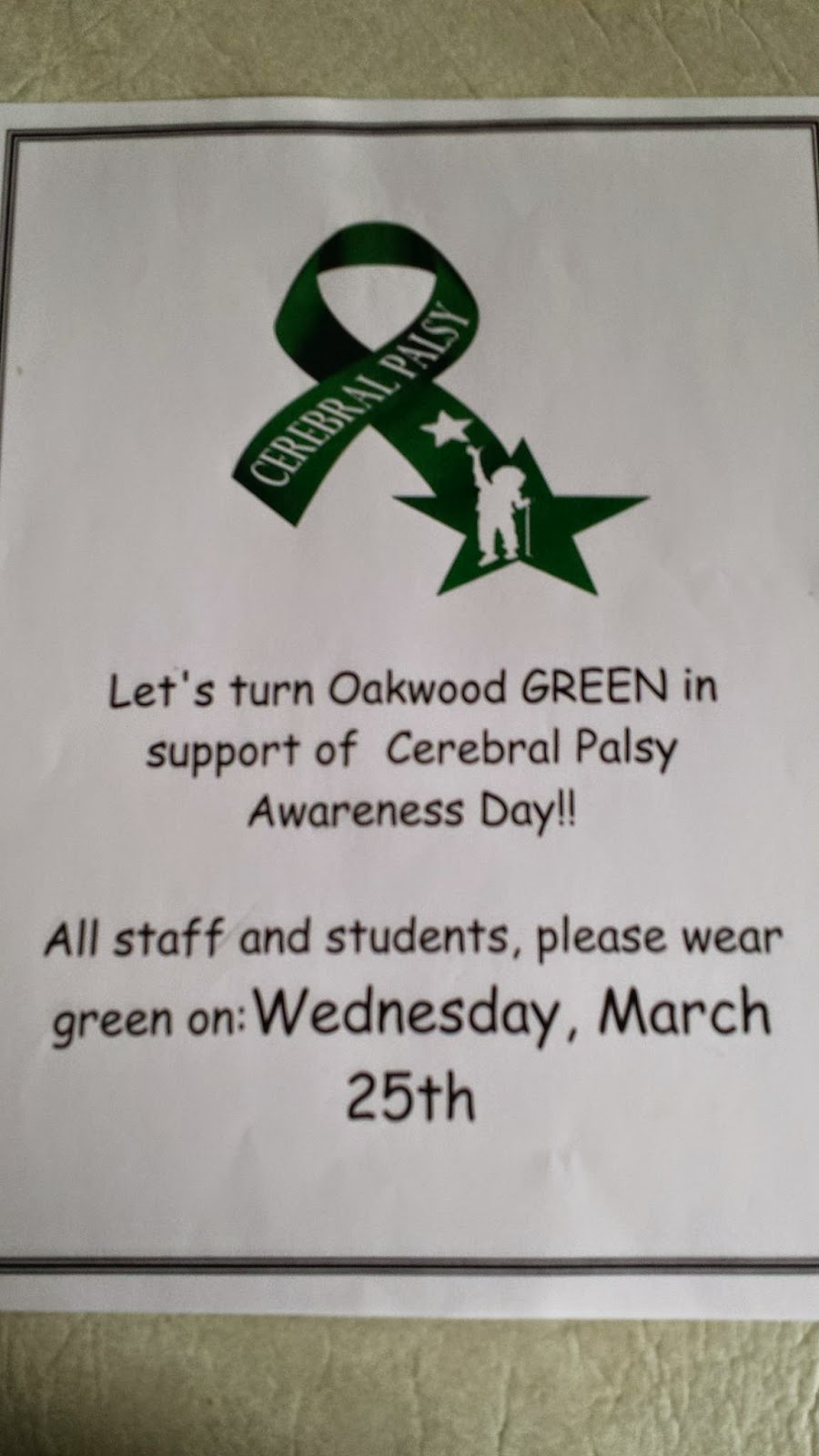 Going Green for CP Part 1 of 3

I cannot begin to tell you how amazing Wednesday was. This was our biggest National CP Day yet! There are so many great things about this day, that I will be breaking it down into three separate parts.

In keeping to my promise, I am going to post every picture that was posted to my facebook page, sent in a text and ones that I took of our friends and family going green for CP. I was so so happy that you all took the time to do this for us. You have no idea how much it means. Thank you so much for being a part of our lives and supporting such an amazing little boy and everyone that has Cerebral Palsy. 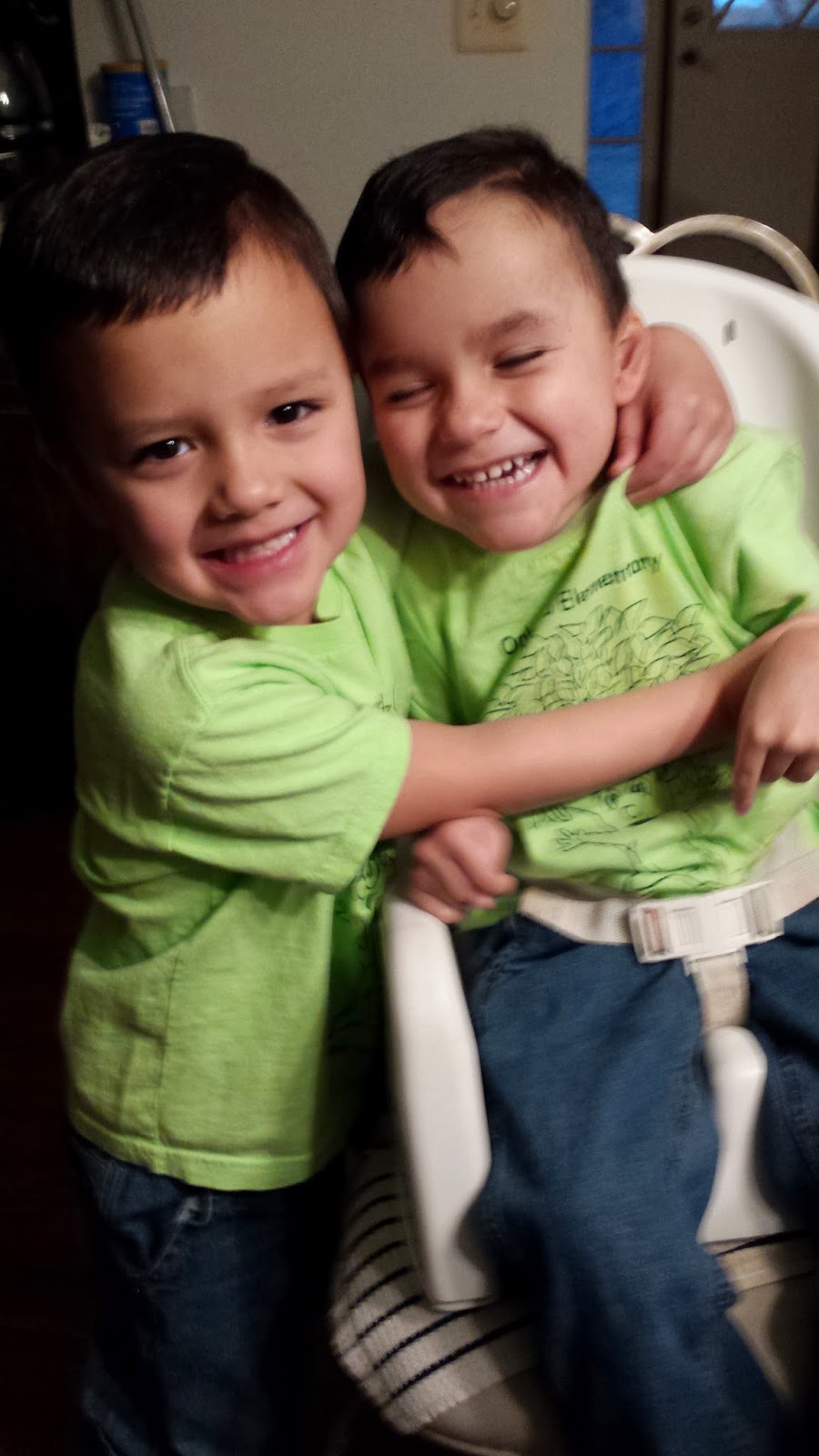 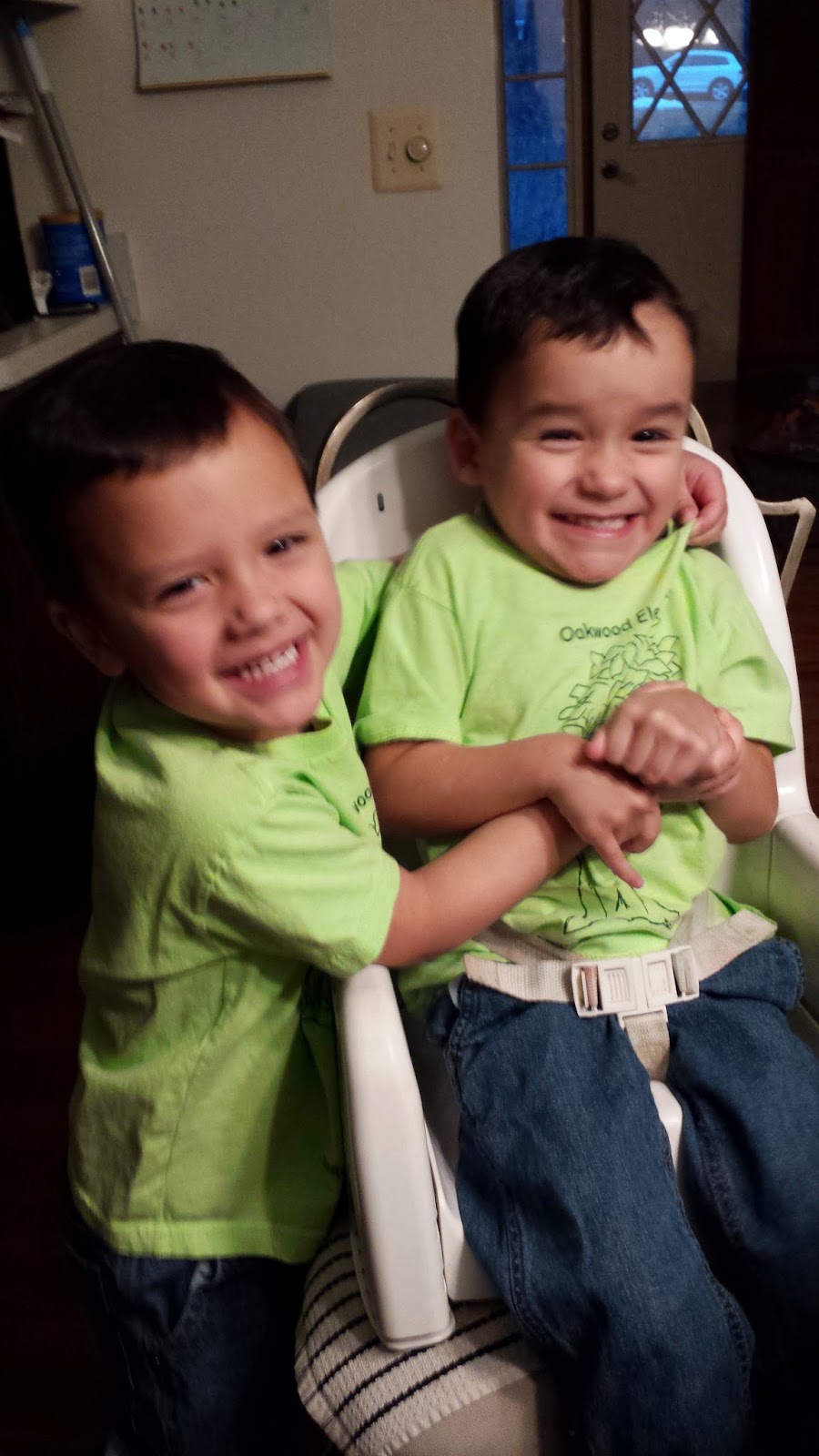 On March 8th and 9th we took the boys up to the Bavarian Inn Hotel in Frankenmuth for a couple of nights to play and swim. We did this last year and it was a huge hit, so no surprise that there were no complaints this year.

We arrived on Sunday afternoon and the first thing Evan wanted to do is hit the arcade to play some ski-ball. Man, that kid is so good at that game; he scored 26,000 points in the first game and somehow managed to hit a jackpot of tickets. Ski-ball has always been one of my favorites, so I am glad he enjoys it as much as I do. We must have been down there for an hour or so and Evan wanted to play putt-putt. So, we decided to do that as well. It was his first time ever playing and although he did get frustrated a few times (I don't know where he gets that from - wink wink) he did really well. I didn't actually pay for Alex to play because he was more mesmerized by the lights on the trees that kept changing color, but Eric and I let him putt a few times and he loved it! I missed a hole in one three different times, but Eric managed to get one - which - those of you who know me know that didn't go over well.

We decided to order pizza for dinner at the cafe in the hotel and by this time Evan was ready to get in the pool. We suited up after dinner and off we went for two hours of fun in the pool. The boys had a BLAST!

Evan was hesitant on jumping in the pool but after some hard convincing Eric somehow got him to do it. Then, he wouldn't stop. He was having a ball jumping in and going underwater. He was so proud of himself and so were we!

Monday morning we had breakfast at a different restaurant in the hotel and hit the pools again for a few hours. It was really nice outside, so in the afternoon we went for a walk and then to dinner at the Bavarian Inn Restaurant. One last round at the arcade before picking prizes and heading home. The boys were exhausted but had a good time. Evan is already asking to go back so I better start looking and planning our next getaway because I think a year is a a bit too long for him to wait!

Here are some pictures of the fun we had. 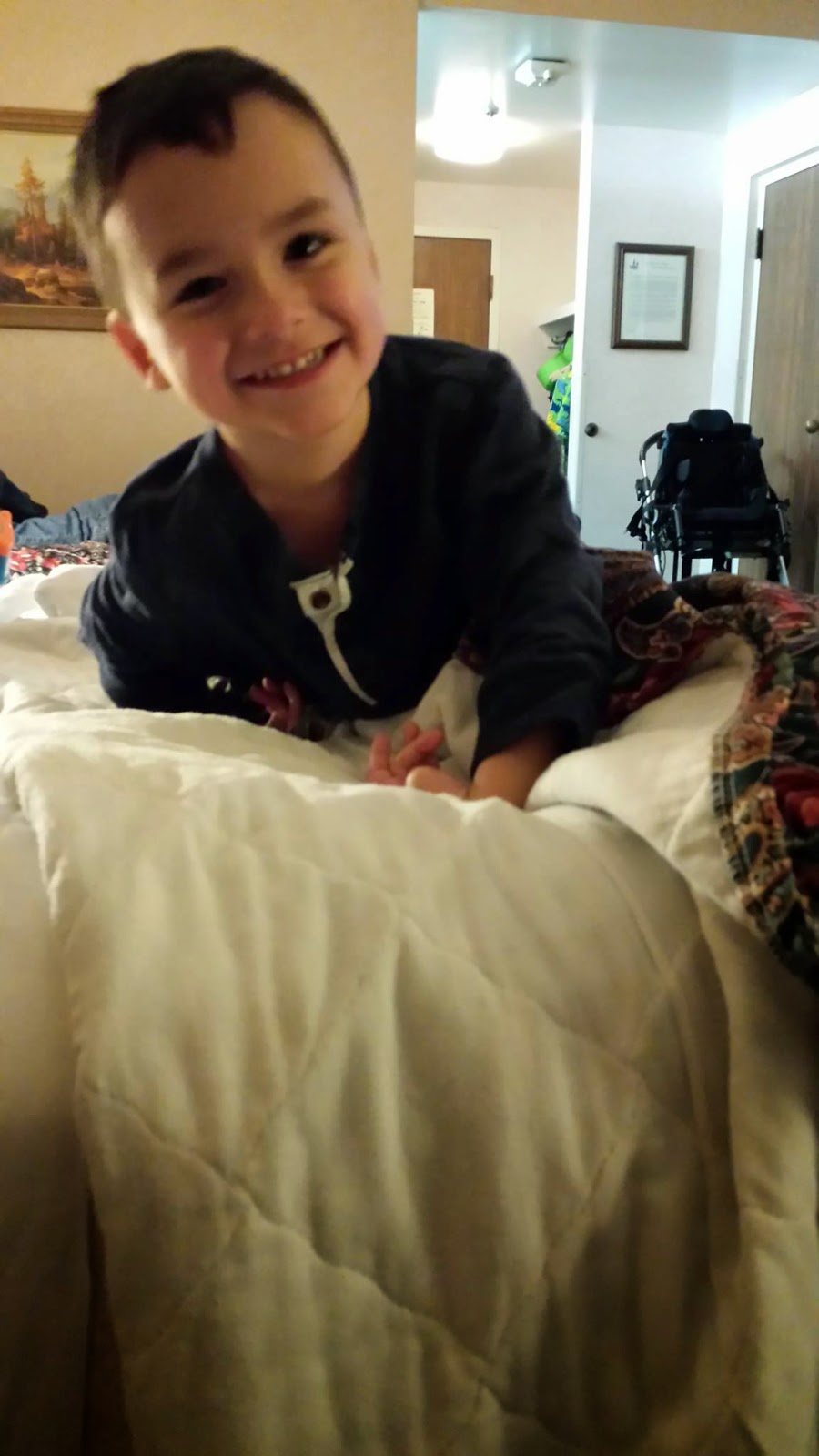 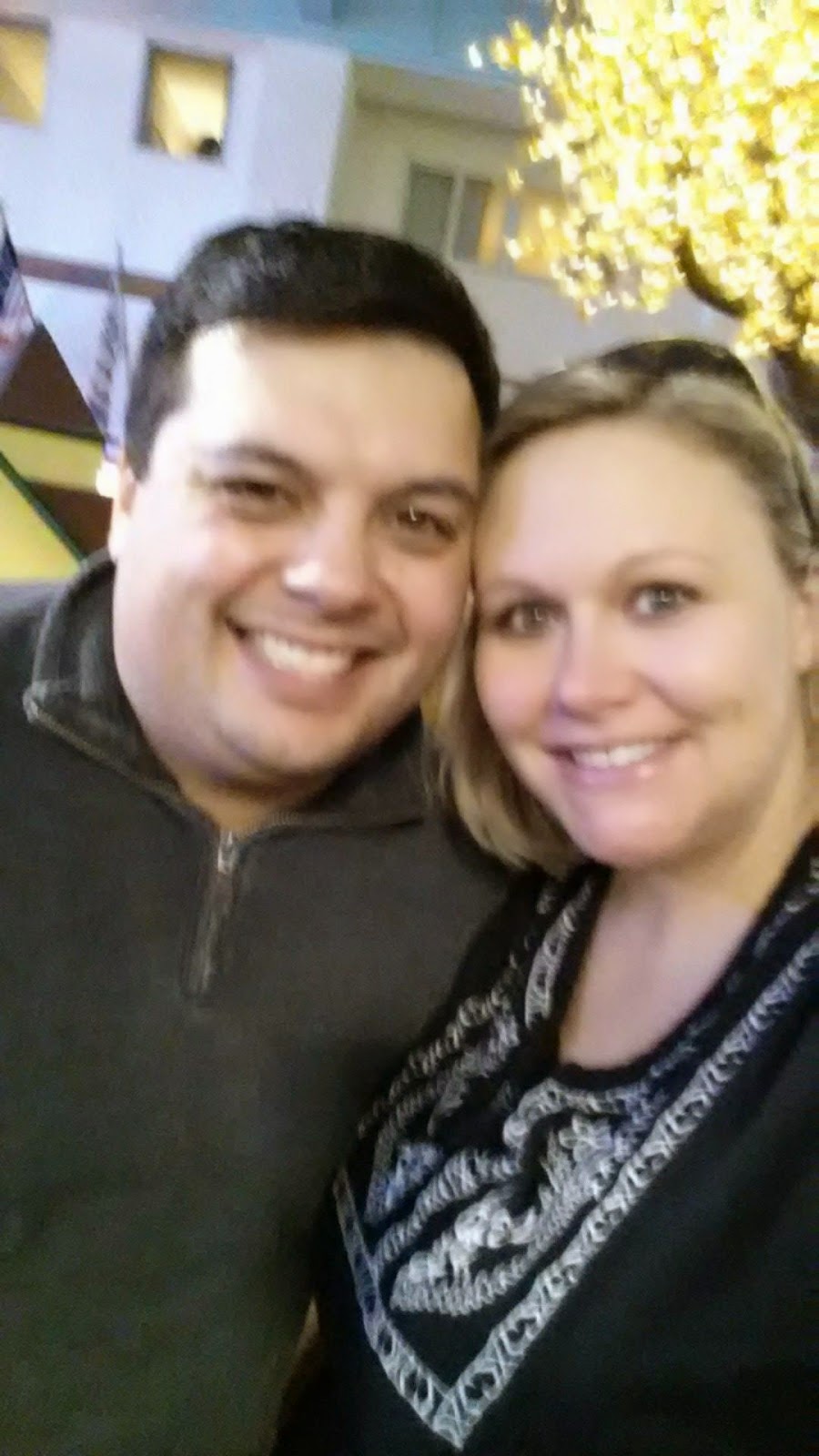