Our final day in Chicago was also Alex's scheduled appointment at The Shriner's Hospital. The wait was longer than I thought it would be - which is always a bit much on the kids. I figured it would be quicker than normal because we were only seeing the Ortho Doctor - Dr. Smith.

I wasn't optimistic going into this appointment. I was actually a bit worried about Alex's hips because he has been a lot tighter through his legs and scissoring a lot more. I was wrong and so thankful! There are no changes in his hips which means no surgery in the near future. We actually were cleared for a year instead of a six month return which means we will get to do another summer trip to Chicago next year!

After the appointment we went down to the cafeteria to have lunch and then the boys played some basketball before we hit the road to come home. 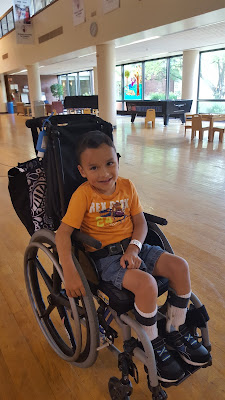 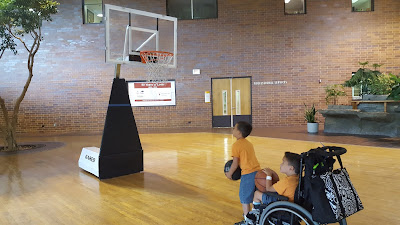