On April 1, 2014, we were lucky enough to start a 9 week program with Euro Peds again. Alex did a 4 month run back in 2012/2013 and we were on the waitlist for nearly a year when we got a call to come back! We accepted with open arms. Euro Peds is such a wonderful program and Alex seems to do so well when he is there. This time his therapy was on T, Th for an hour and a half per session. The nine weeks went by fast and we were so sad to see it end. The program is usually three months but since June is the start of their summer programs, we only got 2 months this time. Hoping to get three months in the fall since we are back on the wait list again!!!! Here is a link to their website if anyone out there is interested in their program. It is the only one like it here in the U.S.


Here are some of Alex's times at EuroPeds 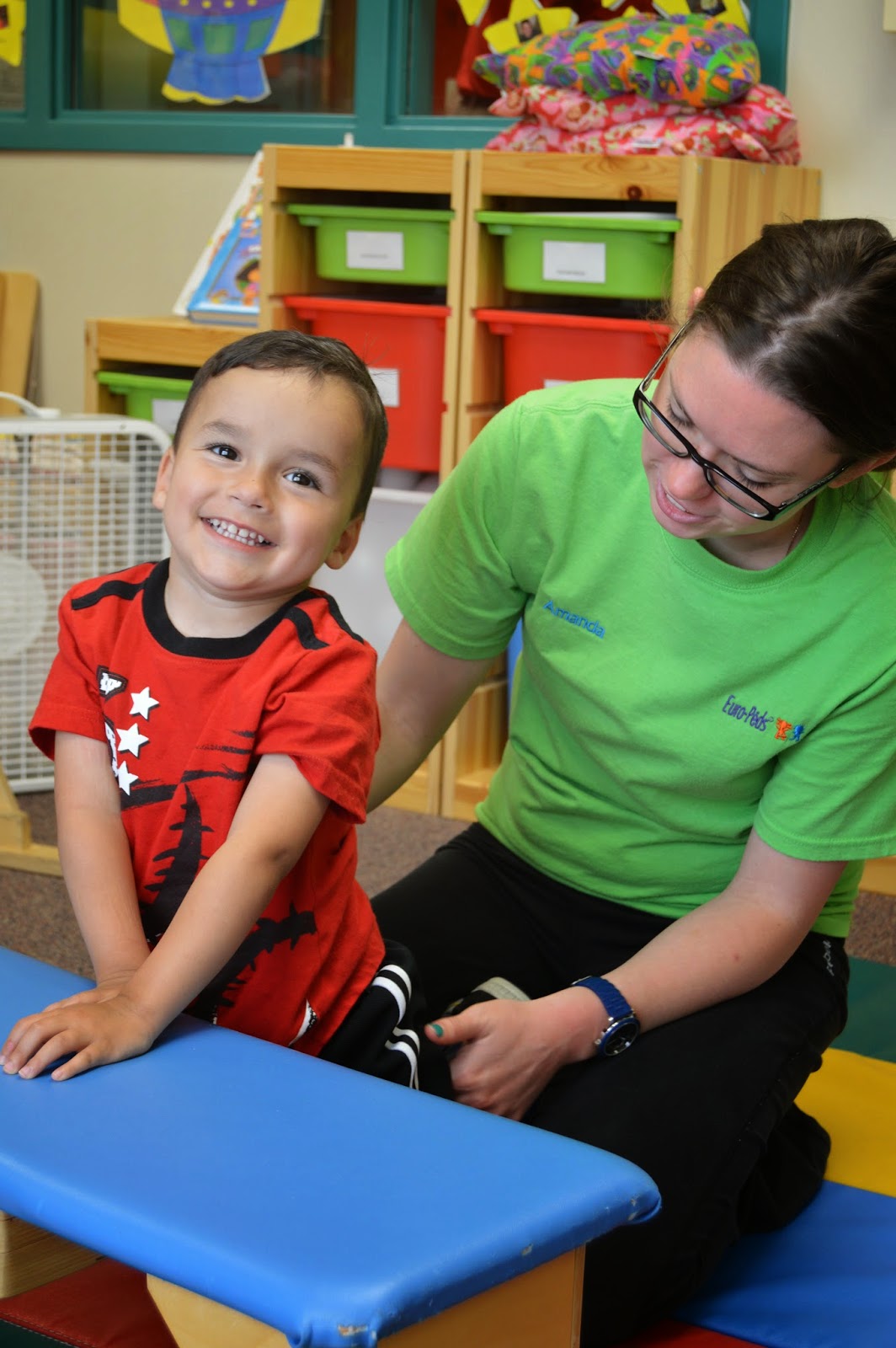 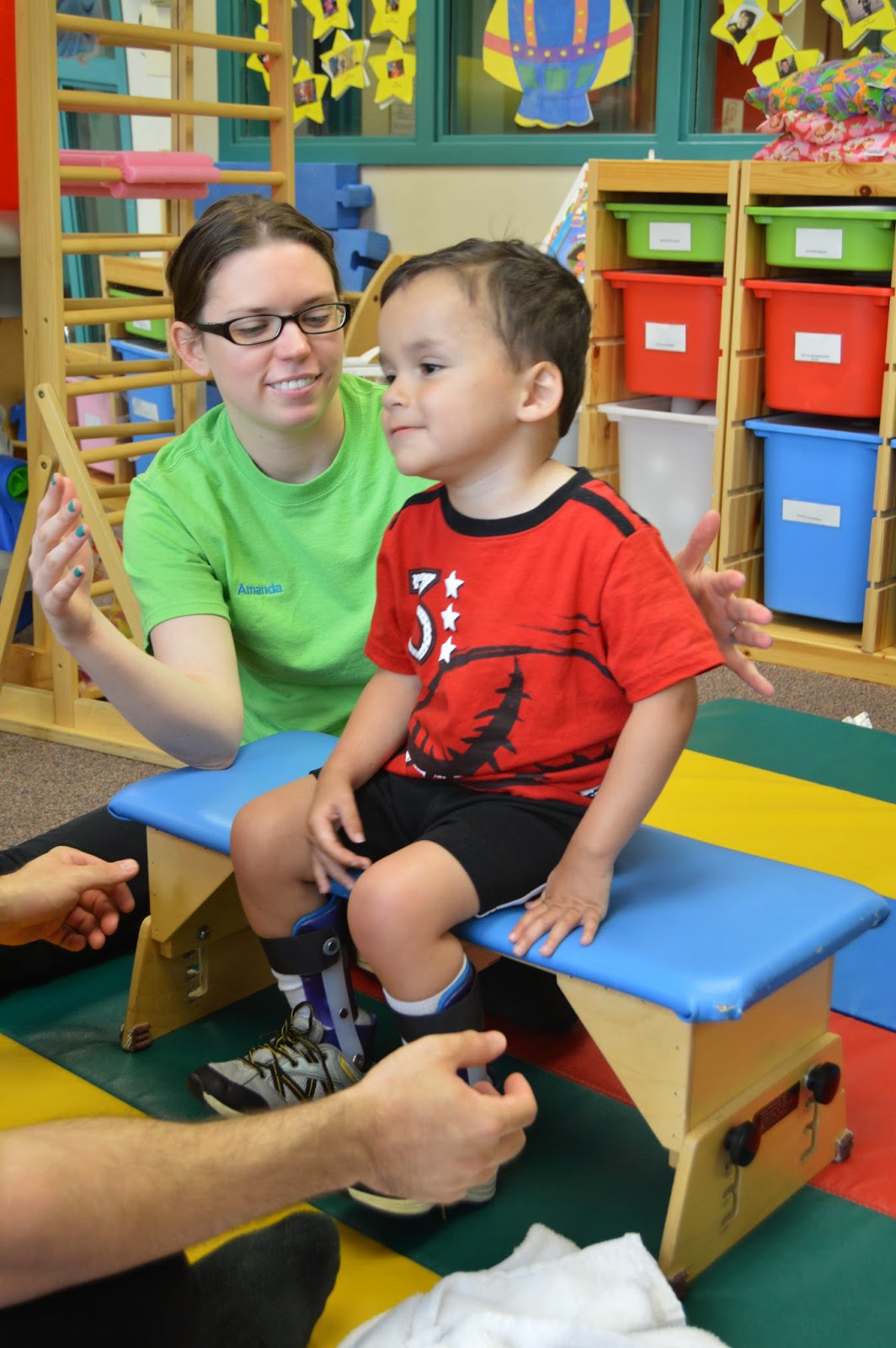 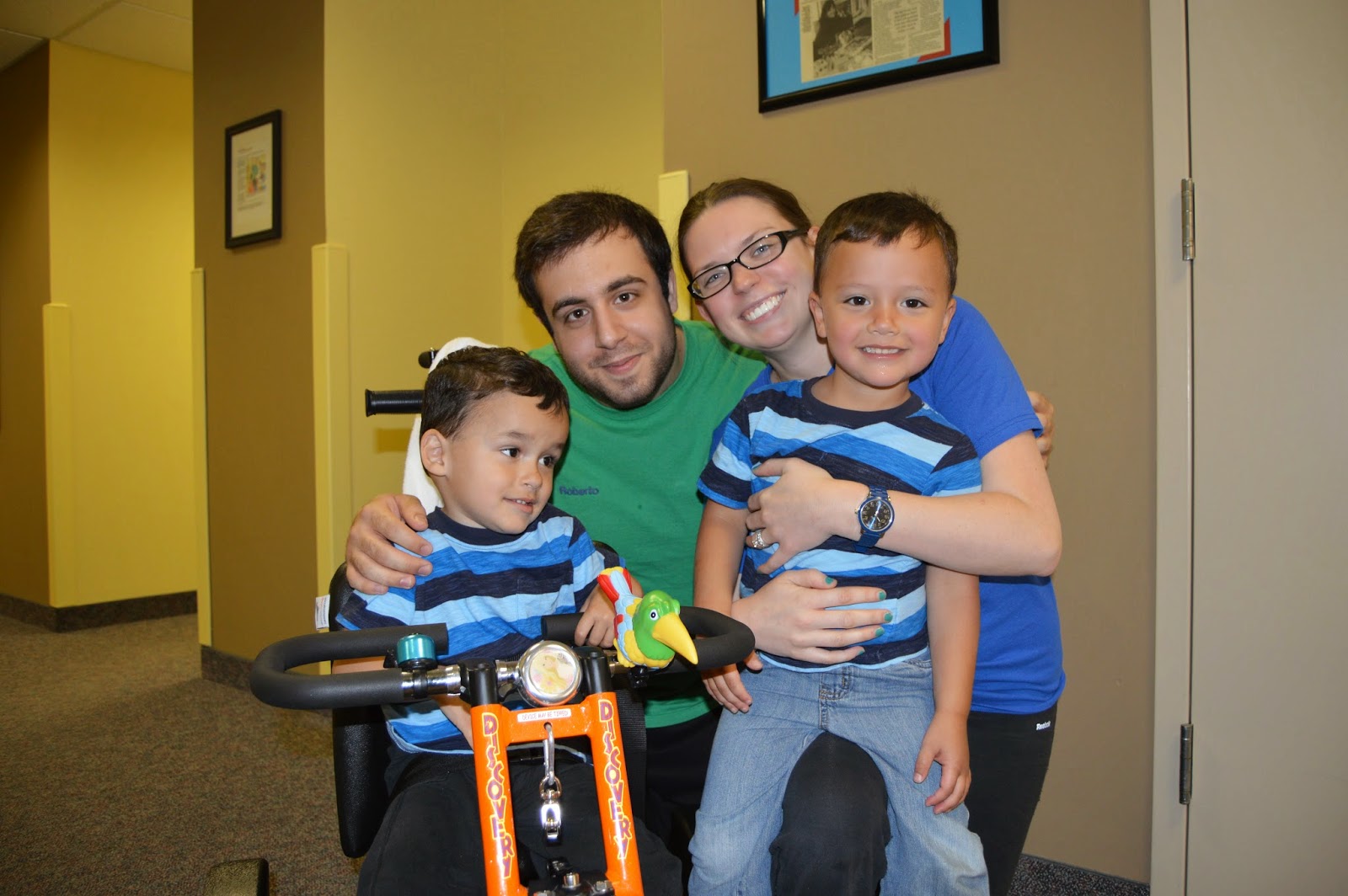 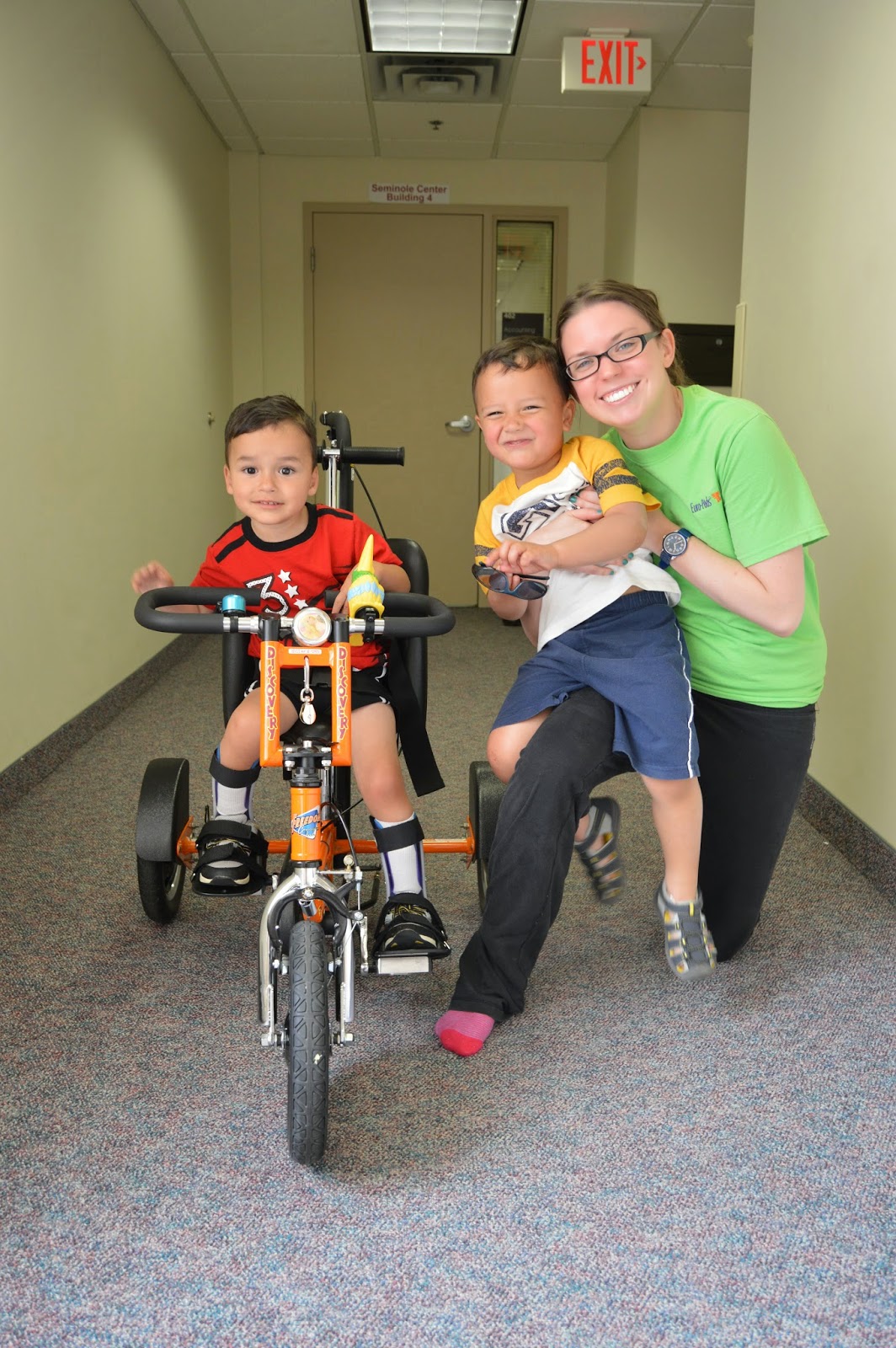 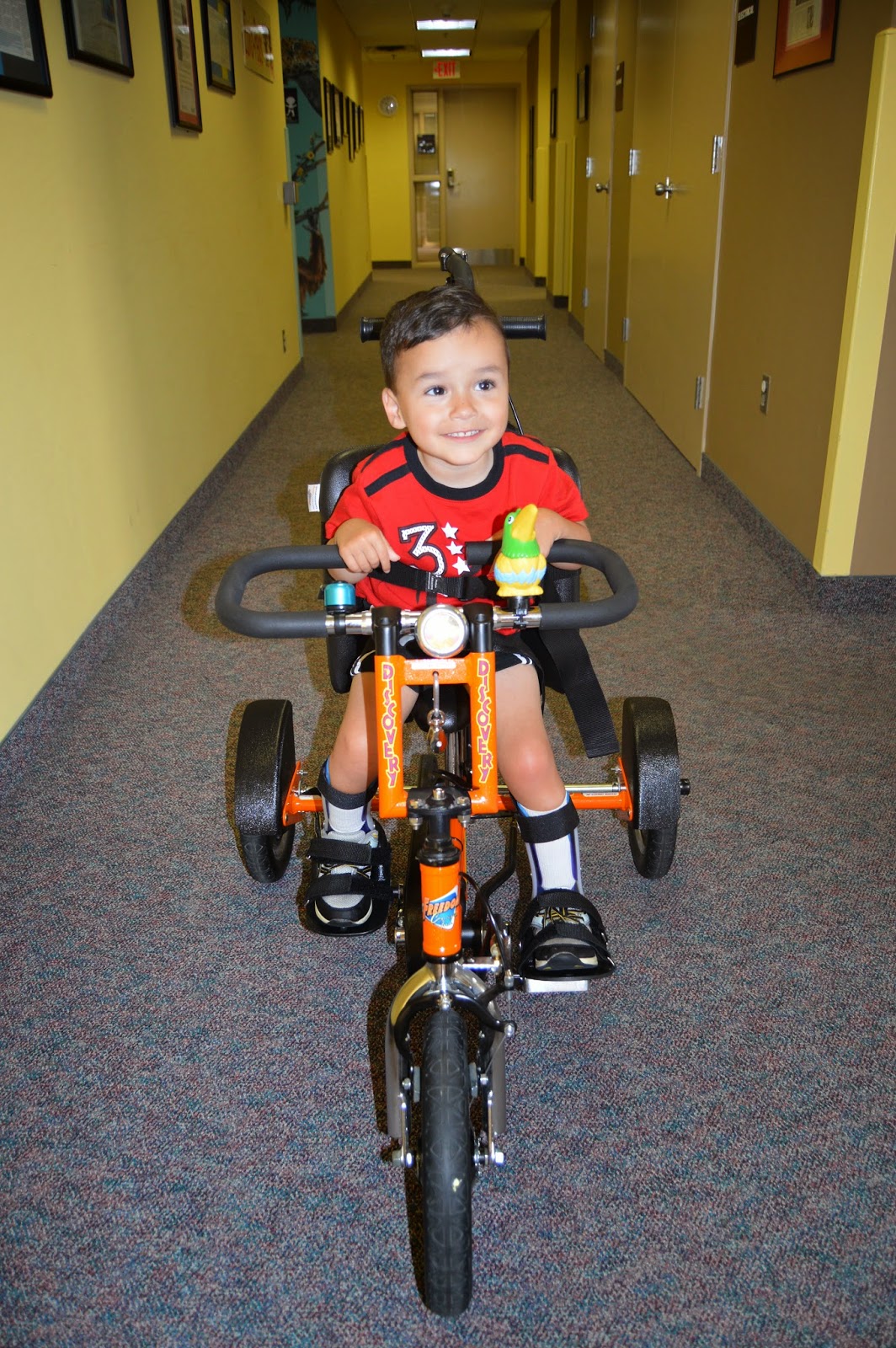 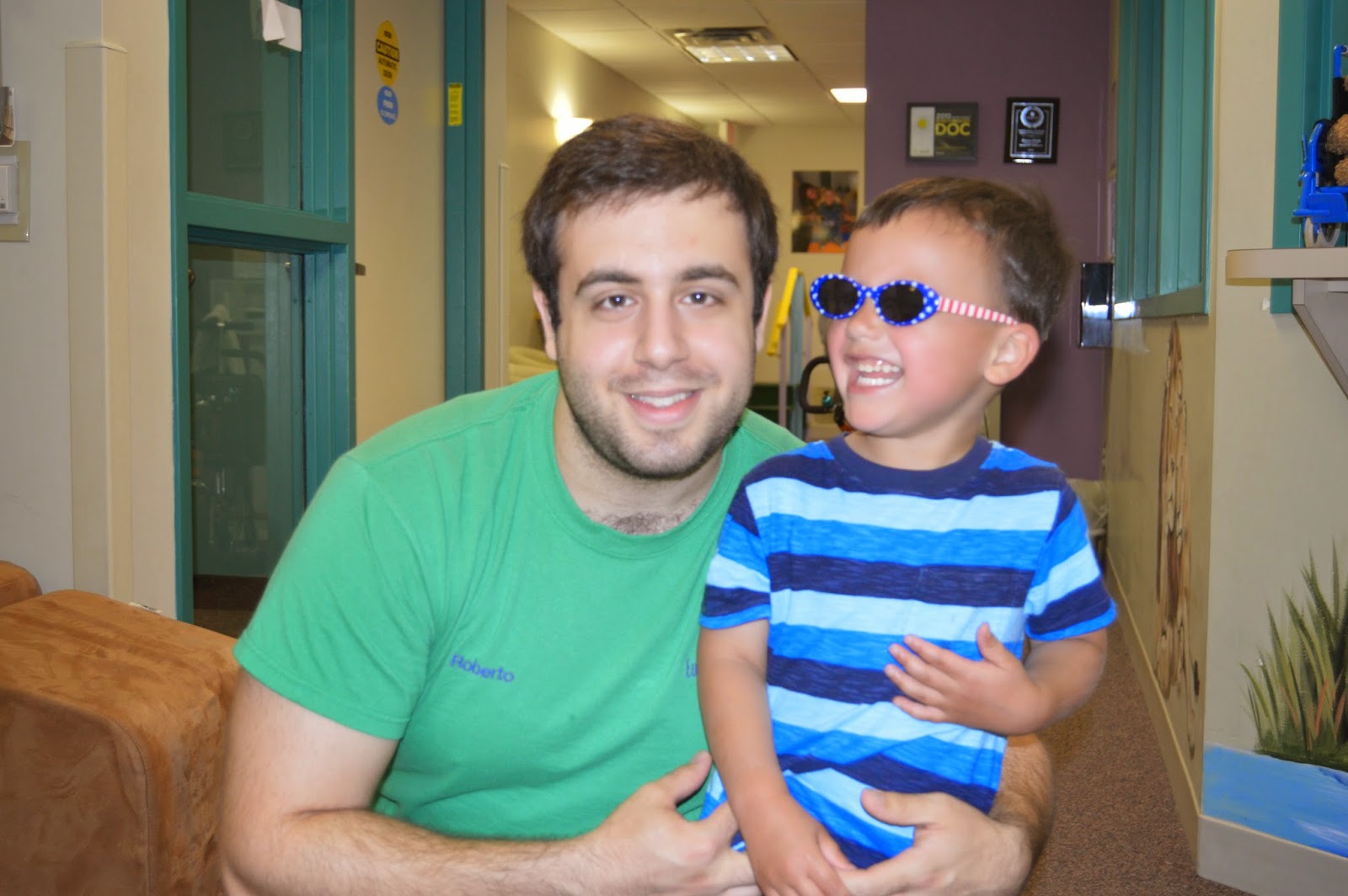 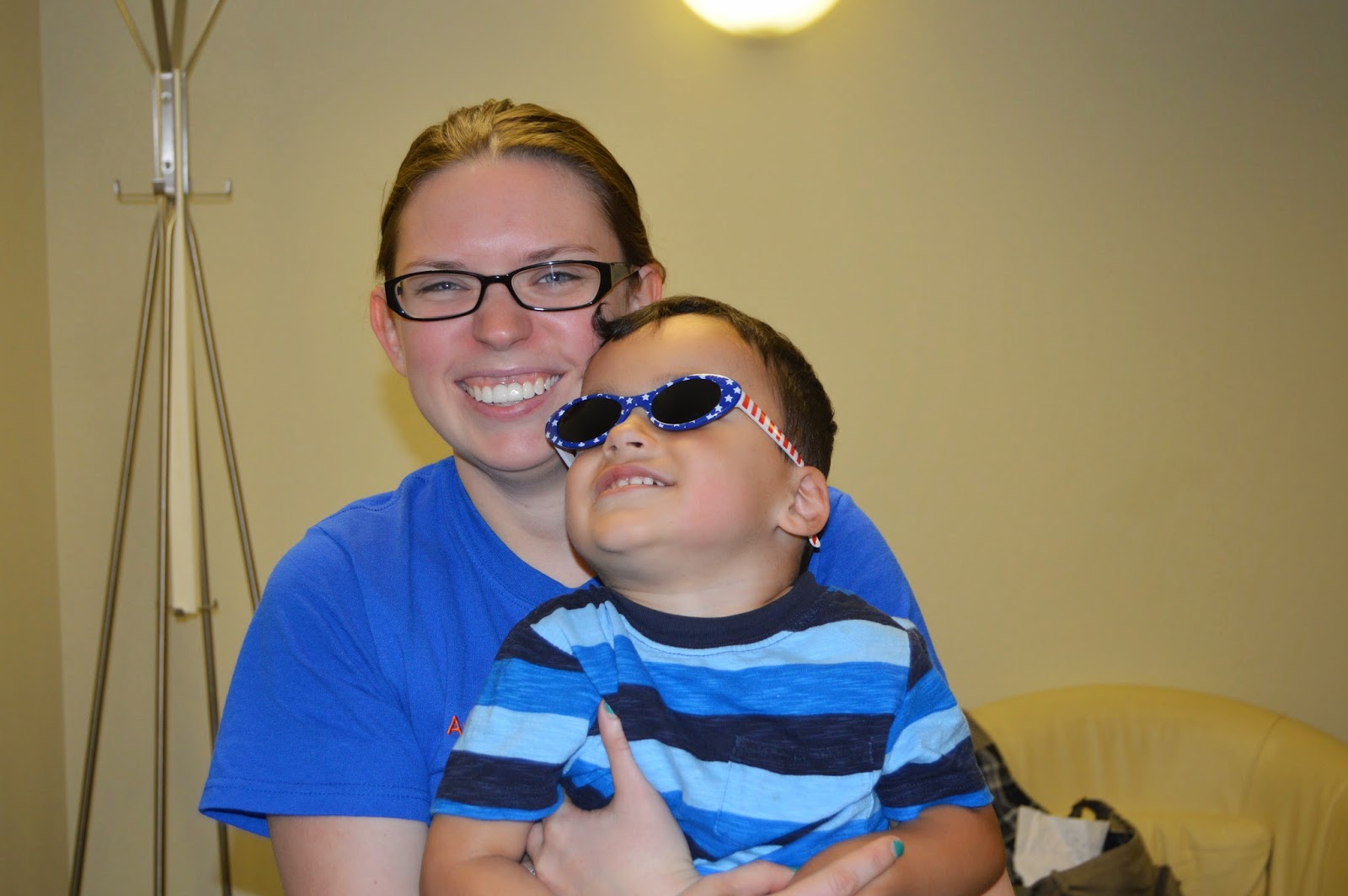 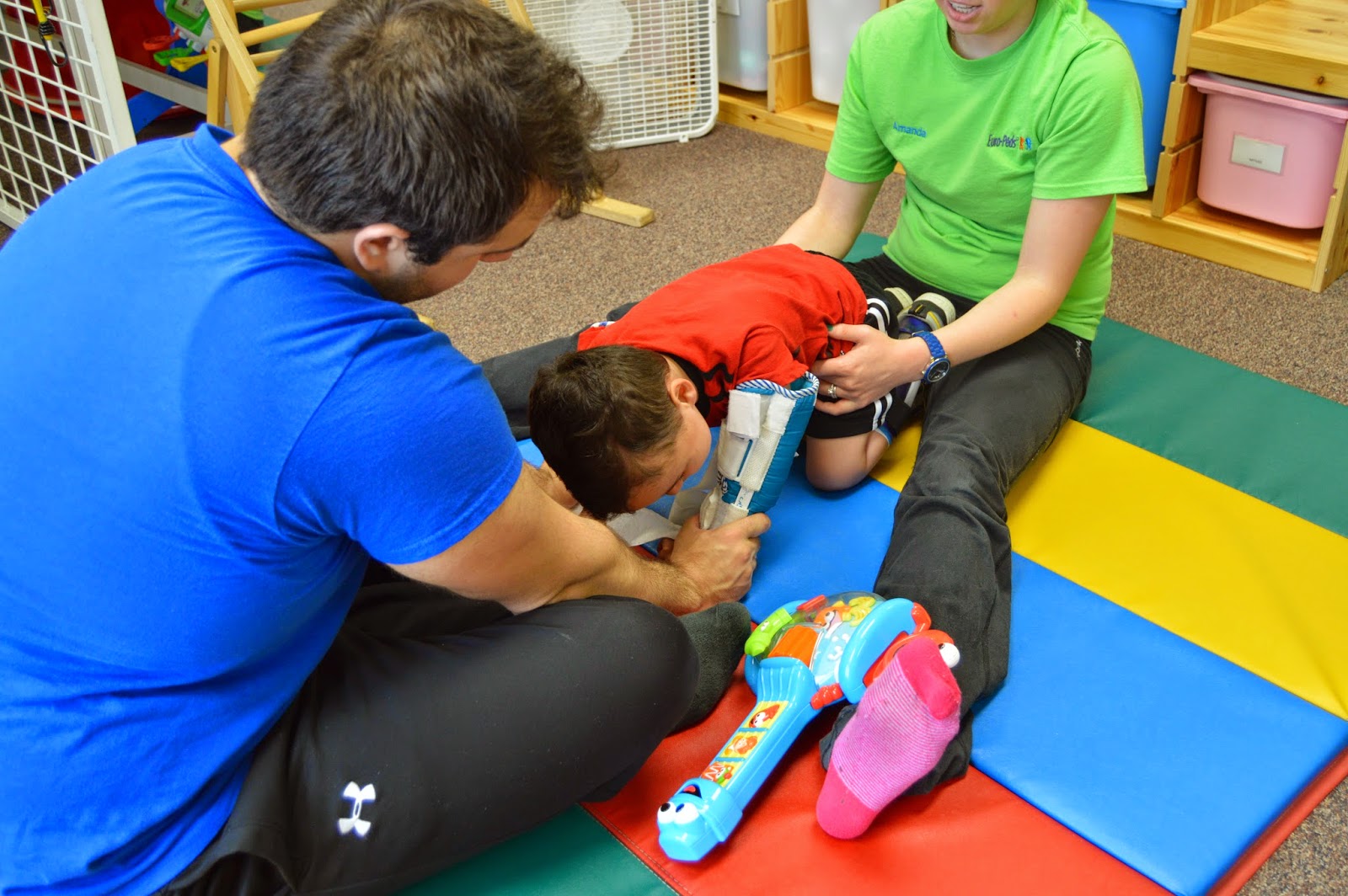 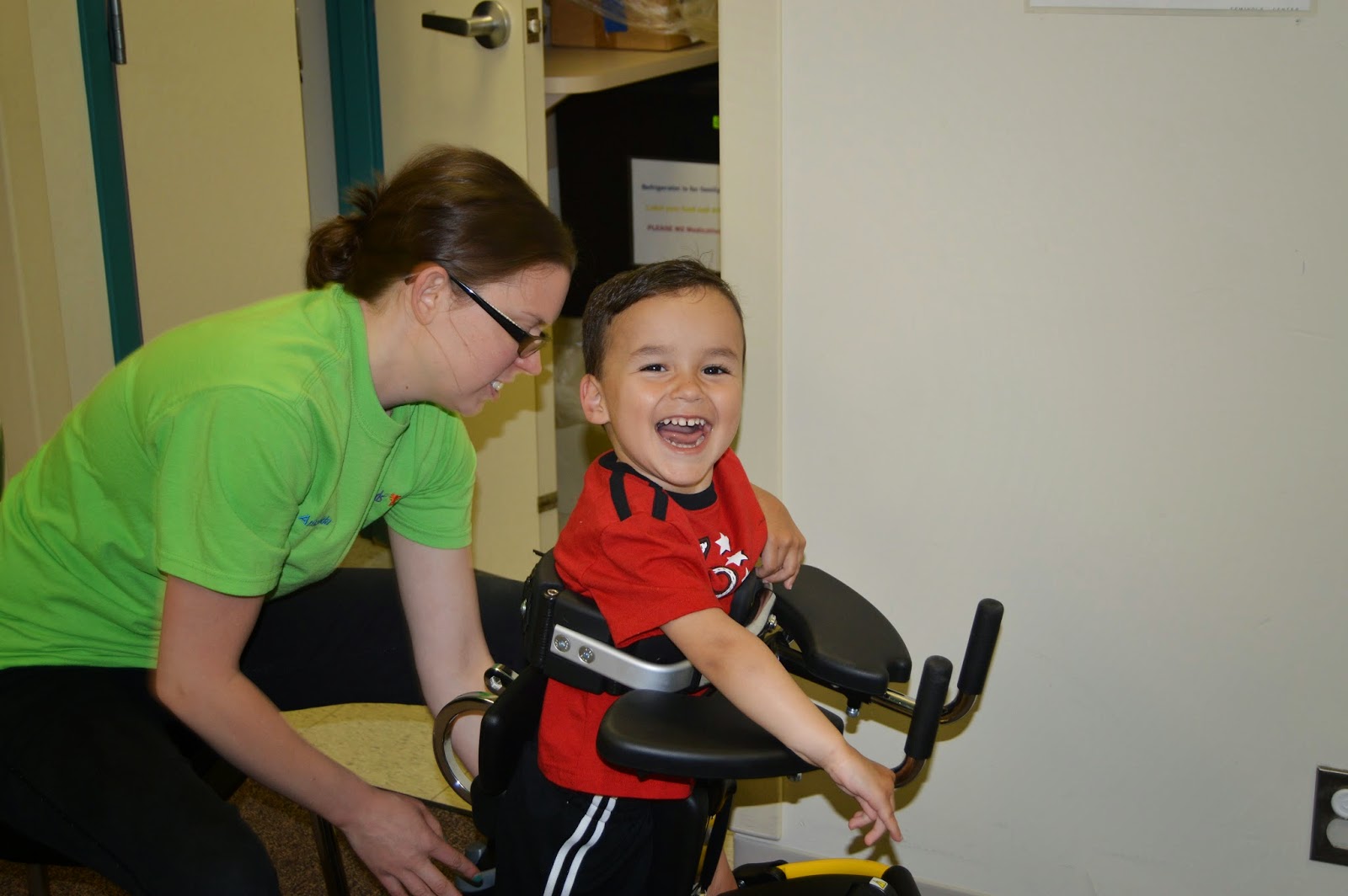 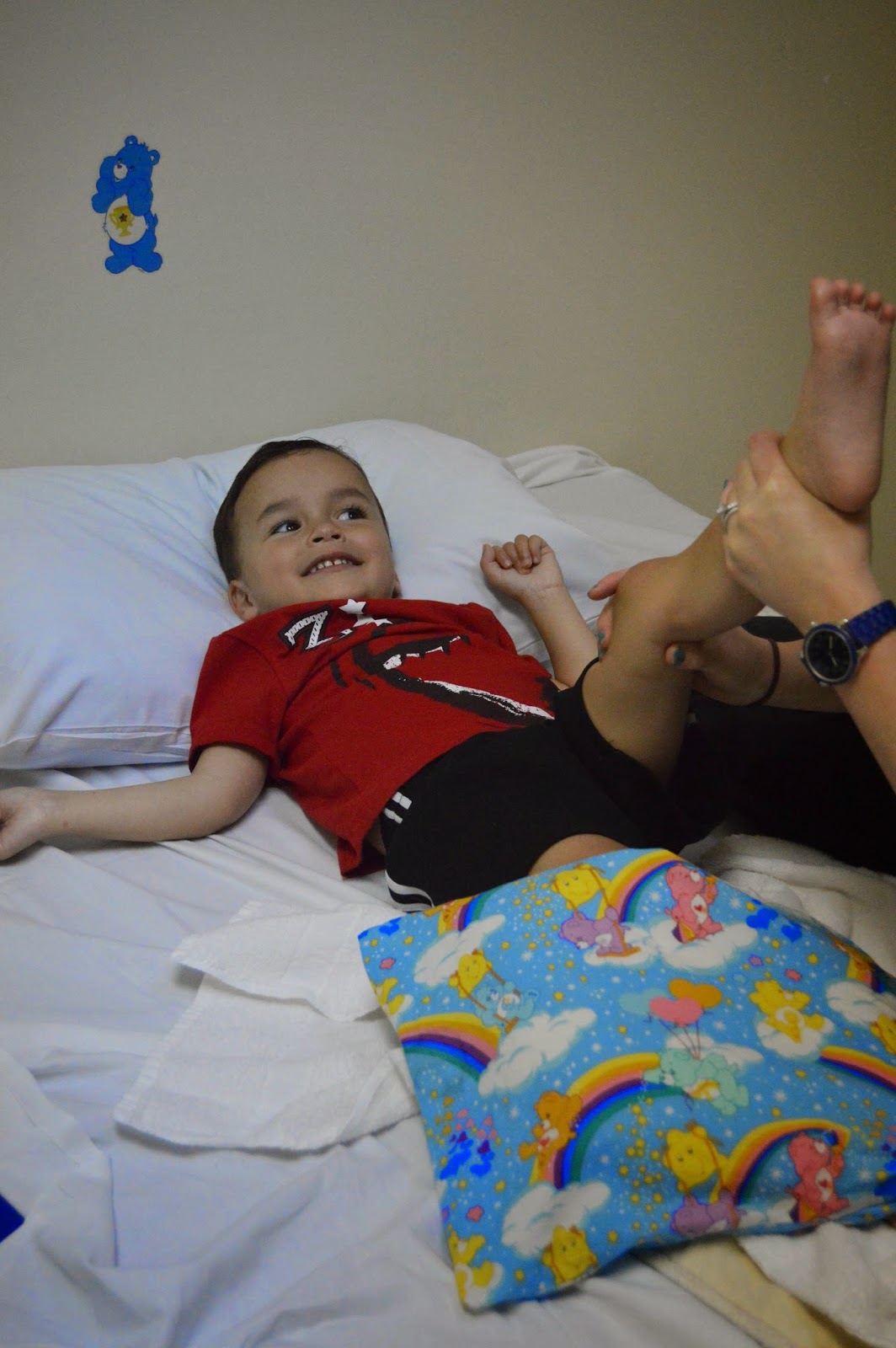 Our Field Trip to The Detroit Zoo

Alex's spring field trip was to The Detroit Zoo last Thursday. The weather was perfect, we saw a lot of animals, ate ice cream and rode the carousel. I invited my best friend Stephanie along for the trip and we were all so happy that she took the day off of work to spend it with us. Evan of course tagged along too. Here are some pictures from our adventure!!

Last fall I blogged about Alex's conferences with his teachers but never had a chance to tell you about Evan's. Time passed and I decided to wait until spring. Well, they were last night and Eric and I were both able to go. These ones were child led so Evan went as well. We got to talk with his teacher and also ask Evan a few questions about himself.

He is doing really well and to no surprise he has a "routine" that he follows when it is free time to play. He and his friend Adler go to the building block section first. Everyday...same thing. Then he breaks off and goes to paint. Once he is done there he usually makes his way over to the dry erase board or the art center.

There are two teachers in his room. Ms. Pam and Ms. Cindy. He works a lot with Ms. Pam since she is his small group teacher, and he adores her just as much as she adores him. She was telling us that everyday during the large group, there is always a leader. If for some reason the leader for that day is absent, Evan will switch their name out with his own so he can be leader! I can totally see him doing that!!

He is so smart in so many areas and is coming along so well. He gets along well with all of his friends and plays well with each of them. He has come a long way since school started in September.

He had a bunch of art work to show us that we were able to bring home. As we were talking with his teacher, he took it upon himself to get paper, masking tape, glue and a hole punch out. It was so cute watching him get these things and make his own little creation.

Here is our interview with Evan last night:

The last question was for him to write his own name. Which he did.

We are so very proud of Evan and all he has done and how far he has come in just a year. We are looking forward to next year in preschool again. We are so thankful for the opportunity. He has grown so much and learned a lot. The social aspect of it is very important for him as well. Learning to get along with other children and make friendships.  It is hard to believe that he only has 11 days left for this year. It has gone by fast.

This morning Evan's class had a fieldtrip to the Fire Station in town. We got a tour of the firehouse along with the ambulance and fire truck. One of the fire fighters dressed up in his gear to show all of the kids. At the end they set off the sirens and horn. It was a lot of fun for the kids. 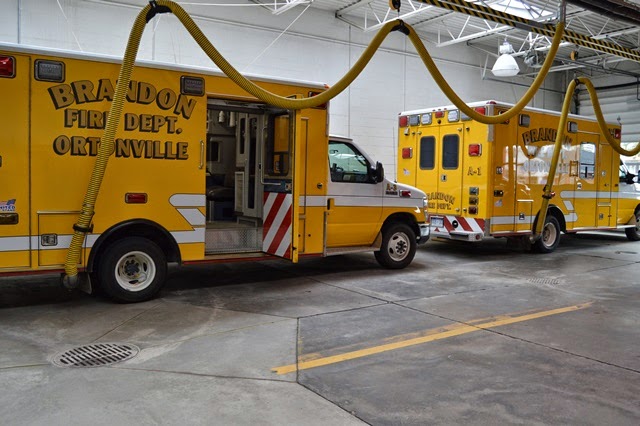 It's hard not to post about a day like today. Mother's Day. This was my third one as a Mom to my sons Alex and Evan and I think it was the best so far.

The day started out with Eric and the boys giving me my gift and cards. Alex and Evan signed their card and made one from scratch on top of it. Priceless. Eric got me a beautiful card and an amazing gift. A Nikon Digital SLR Camera. It is beautiful. I used it a bunch already today. So expect a lot of photos in this blog now! Even more than before!

My Mom, My Sister Kristy, her boyfriend Patrick, My Niece Layla and Nephew Laken all came over for breakfast this morning. The weather was gorgeous so we spent all morning outside. After a short nap, Eric and I took the boys to the park, but the trip was cut short when everyone got hungry. We went to dinner as a family.

Eric had to run to CVS, so he took Evan and Alex and I shared my favorite moment of the day: eating ice cream out of the carton! I think he enjoyed it more than I did. It was sweet!

Motherhood is challenging, stressful, happy and joyful. There are good days and bad days but at the end of every single one, I wouldn't trade it for the world. I am blessed to have two beautiful boys who I love more than anything and I know feel the same about me. I am also thankful to have an amazing Mom myself and a pretty awesome Mother in Law as well. Life is good.