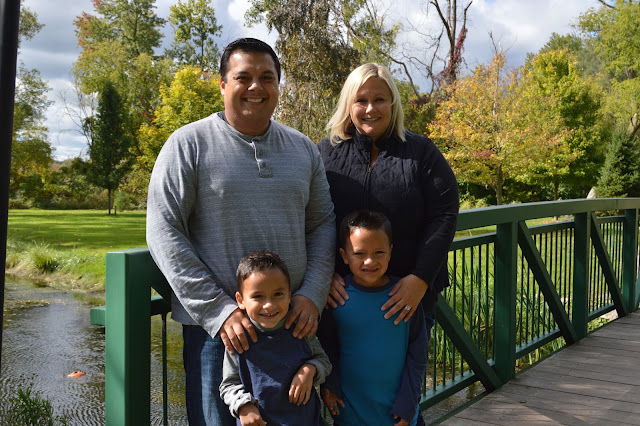 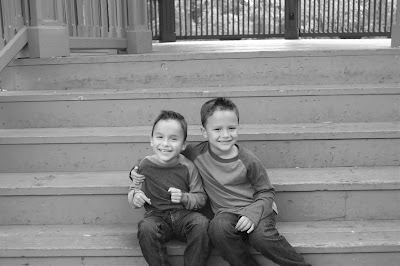 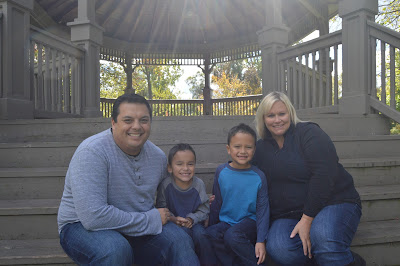 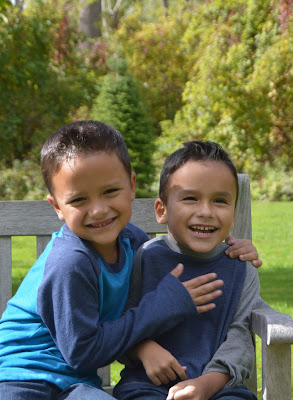 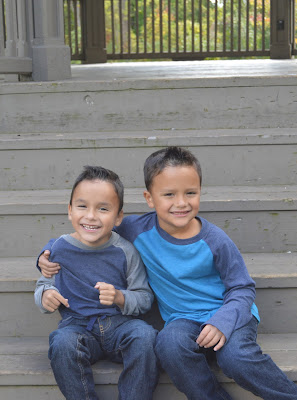 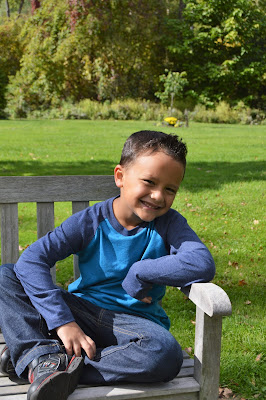 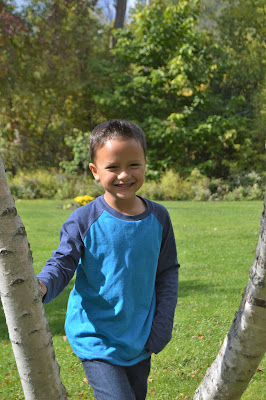 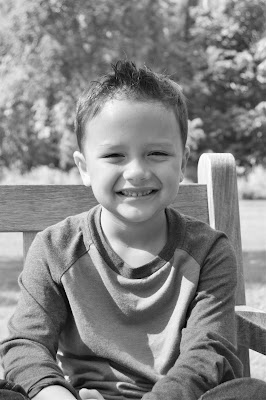 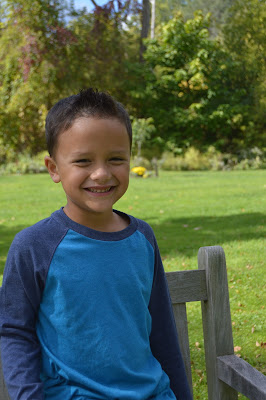 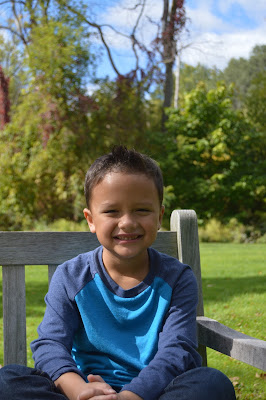 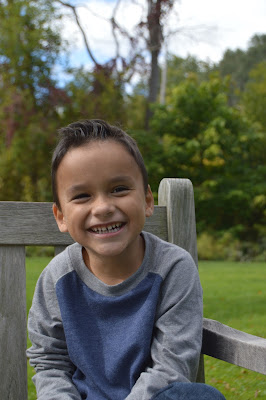 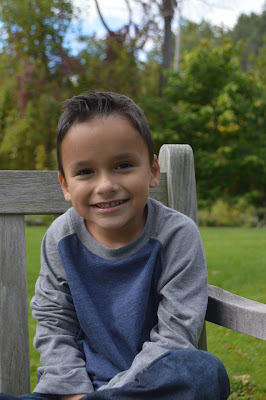 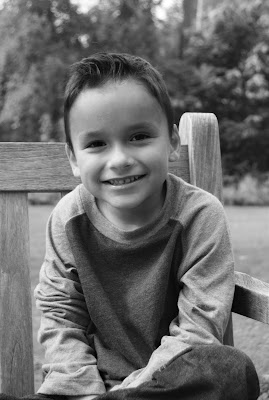 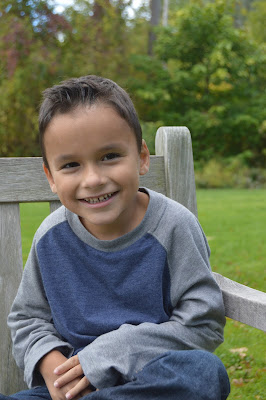 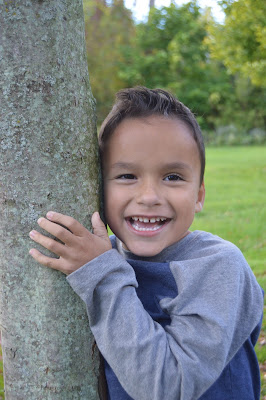 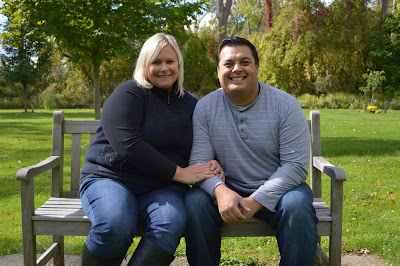 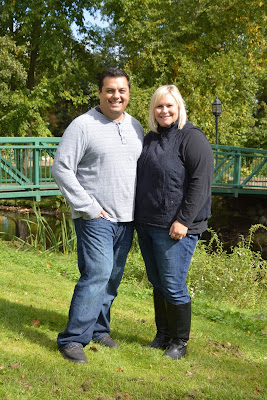 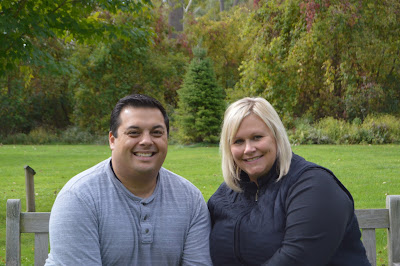 Eric and I got a weekend away together for our 10th anniversary! We spent the weekend up north in Mackinaw City with a quick trip up to the U.P. to see Tahquemenon Falls. The weather wasn't the greatest up at the falls, but the pictures still turned out nice. The fall colors were beautiful and it was a nice little get away for us - KID FREE! 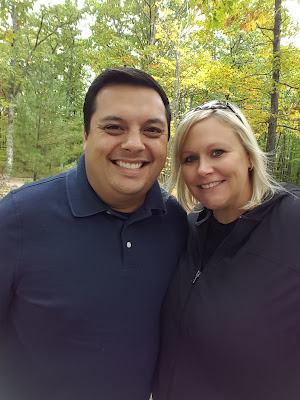 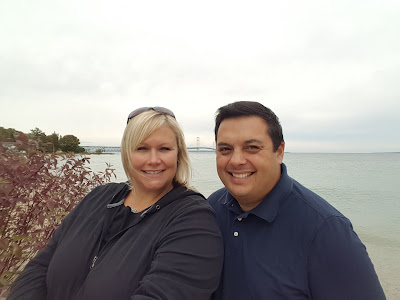 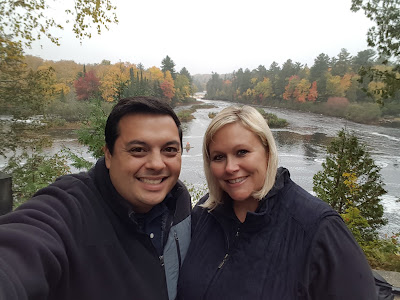 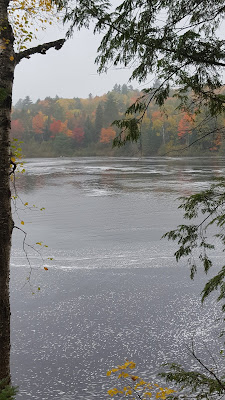 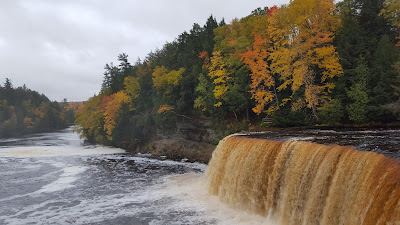 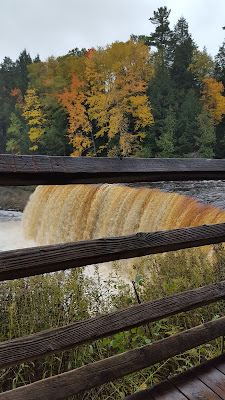 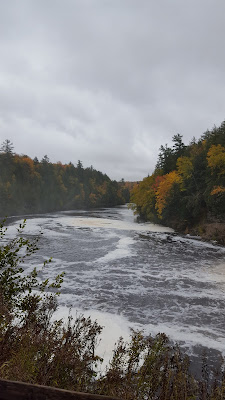 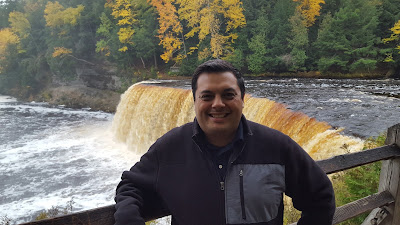 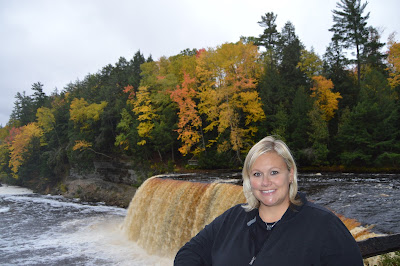 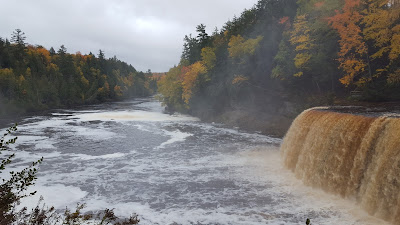 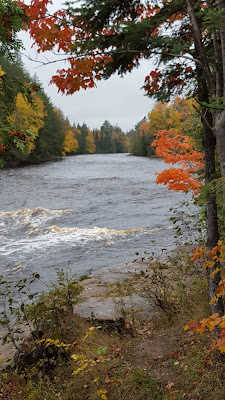 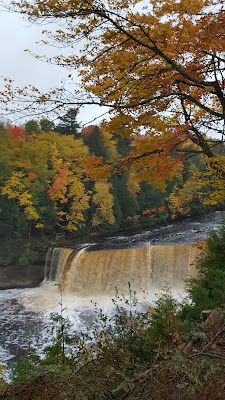 Today Eric and I celebrate 10 years of marriage. It's hard to believe that nearly 16 years ago we met and fell in love. We met on Halloween, in the year 2000 and went on our first date November 9th. He picked me up in his white sunbird and took me to dinner at Chili's and then we went to the movies to see The Legend of Bagger Vance. When we got back to my house we sat in his car for almost 3 hours talking. He was so easy to talk to.

We seemed to click, so there came a second date and by the third date we were boyfriend and girlfriend. We met each others families, spent time together over the holidays and began our journey together even though we didn't quite realize it at the time.

We dated for three and a half years before getting our first apartment together. Eight months later he asked me to marry him in a well thought out and planned proposal that included a horse and carriage and a beautiful rose garden on October 17, 2004.

We married on Friday October 13, 2006 in an outdoor ceremony in front of our family and friends. It snowed the day before our wedding and was only 45 degrees the day of. It was cold but it was our day and a little snow wasn't going to ruin that for us. We still have the most talked about wedding because of it. I still remember smiling from ear to ear as I walked down the aisle toward him. I had waited for that day for so long.

We split our honeymoon between New York City and The Pocono Mountains, bought our first home in 2008 and brought our first child home in September 2009 - a Beagle Mix and named him Brody.

On March 1, 2010 we got the surprise of our life when we found out we were having twins. They surprised us again when they were born nine weeks early on July 16, 2010. Twin A became Alex Ryan and Twin B became Evan Michael. We endured a lot of stress and challenges during the six weeks they were in the hospital and also during their first year.

They boys are six now and we are still dealing with stress and challenges just in a different way. They have been our greatest blessings and are not only the two individuals who made us parents but also a family.

We have made it through the first 10 years of our marriage with a lot of love and support from one another and we are ready to take on the next 10 together. Although our love isn't perfect, it is constant and these last 3,652 days have required a lot of hard work and commitment and brought us a lot of happiness and countless memories. I love you Eric, you are my best friend, the one who loves me at my worst and I am so happy to call you my husband. Happy 10th Anniversary.