As summer is nearing it's end, the boys are enjoying every last bit of it. Here they are enjoying the pool and sprinkler this week!

Last weekend we went up north to Standish for the day where Grandma and Grandpa were camping. The boys got to play at the playground, go on a hayride and roast hotdogs and marshmallows for the first time. They had a really nice time and we can't wait to do it again! 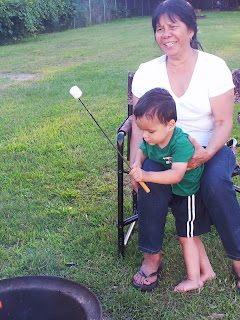 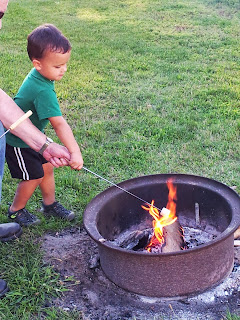 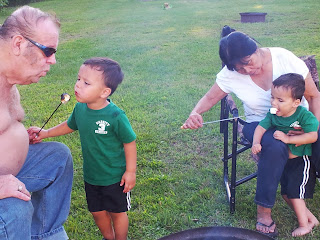 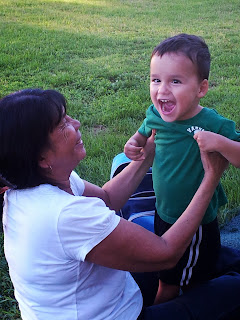 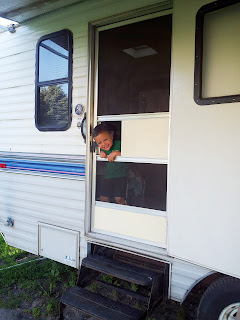 Today was one crazy day and full of so many different emotions - I had to share. 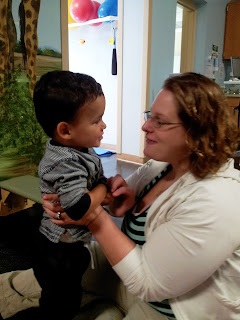 Alex has his last Occupational Therapy session today with his current OT Jen. Jen has been working with Alex since November 2011 and has recently taken a new job that will benefit her and her family. There was something about Jen that Alex was drawn too. He would talk up a storm when he was with her like he was telling her a story. Today even as they said good-bye he was talking away and putting his hands into it! It was super cute. We are going to miss her a lot but are so happy for her and her new adventure! Here they are saying good-bye today. 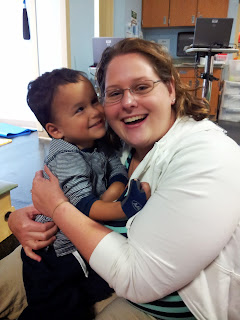 After that we took a trip to Meijer - while we were there Evan spotted a woman who resembled his Grandma Precilla (who is Filipino) and called out "Grandma" to her in the store! Luckily the lady didn't respond or hear him! It was really cute though. I explained to him that it wasn't grandma and he just stared at her as we passed by!

From there we went home and I had a guy come out to replace a part on our refrigerator but it didn't fix it - which I was afraid of. Turns out that our compressor is bad and he informed me that we need to get a new fridge because it is going to cost us a whole lot to fix it and we are better off getting a new one. Great. Just what I need. Luckily we have a back up fridge in the garage that we can use until we have money to get a new one.

After the boys nap today we ventured off to the park by our house. After playing on the playground, Evan wanted to go throw rocks in the water so he collected a bunch and he threw them in one by one while Alex and I sat on the bench nearby taking in the sunshine. I am not a fan of water; I have never been a strong swimmer and when I was younger I flipped off a raft in a friends pool and nearly drowned. So, I guess you could say I am extra cautious around water - especially when it comes to Alex and Evan. The dock he was on had a metal ramp on it that I could tell was slippery and I kept telling him to walk - not run...and of course my worst fear came true. He slipped, fell and rolled off the ramp face first into the water. I have never been so scared before. It 's not super deep but for a 3 year old - deep enough. He was scared and panicked and his head went under twice before I got to him and ripped him out of the water by his shirt. Luckily he was OK and did a good job of flapping his arms while in the water. He was more scared than anything - as was I. I was proud of myself for acting fast - but not overreacting because I didn't want to scare him more. I hope that never happens again. I am just glad my baby is safe.

So that's my day in a nutshell. I had to share because it was just one of those days...
Posted by Keri at 10:45 PM No comments:

There are so many dates that reside in our minds...holidays, birthdays, anniversaries and for me...today: August 13th. Three years ago, Eric and I were given news that would forever change our lives: Our precious son who was exactly four weeks old on that day experienced oxygen deprivation at some point and as the ultrasound showed, had brain damage. PVL it was referred to and it would undoubtedly lead to Cerebral Palsy.

That was the only concrete answer they could provide us. Everything else was crap. The Doctors dropped a bomb on us and then left us hanging. I was crushed, I cried for days but there was no way in hell I was going to give up and let this get the best of me.

Fast forward to today: August 13, 2013. Alex has since been diagnosed with Cerebral Palsy; he has surpassed some milestones and has yet to accomplish others; he is beautiful, strong and all around amazing. He works harder than most people I know to do things that we don't even think twice about. He gets frustrated but pushes forward and there isn't a day that goes by that he doesn't laugh. I could listen to him laugh all day.

He isn't walking or talking just yet, but he understands a lot. I can see it in his eyes. He especially loves his brother who he not only laughs with but fights with as well.

I look back to those dark days after finding out about Alex and his brain damage and that time seems so distant now. We have so many wonderful memories as a family and what he has accomplished through therapy is so amazing. We try not to look to far into the future, we just take one day at a time.

He has changed my life; he is my little hero. I hope he knows that he has the biggest and best support system there is. Eric, Evan and I will always believe in him and always encourage him to believe in himself. His CP will not hold him back from experiencing the best of life. He deserves it just as much as the next person...if not more.

Summer Fun at the Park! 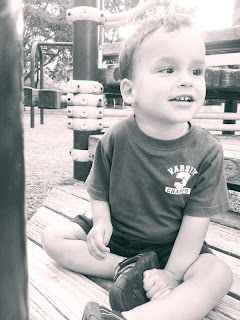 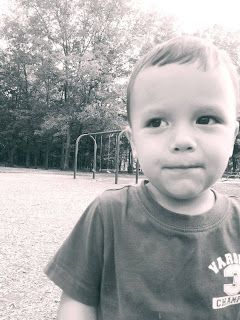 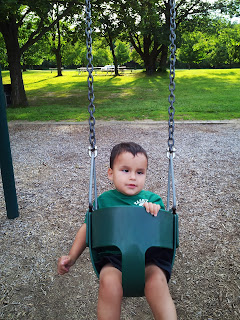 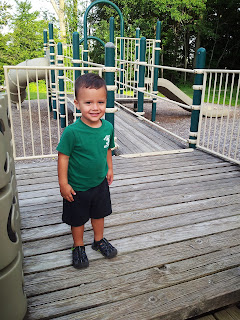 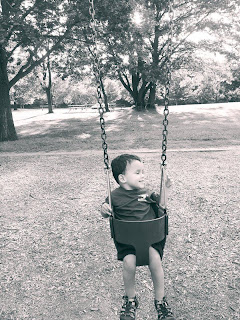 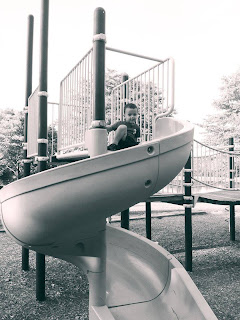 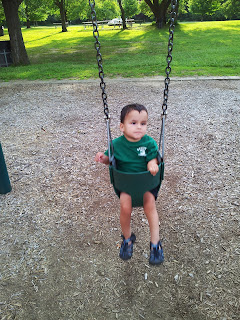 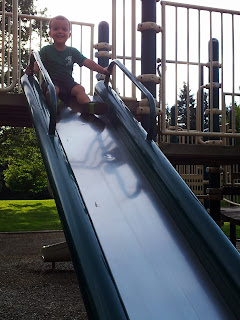 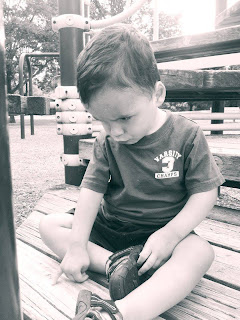 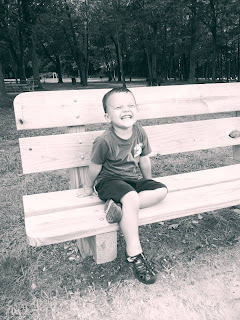