Alex and Evan had a class field trip to the zoo on Thursday. The weather was nice and my mother in law was able to come along with us which was great. She bought us tickets to the train, which the boys had never rode before - and will probably have to ride every time now! (they both loved it!) Here are some photos from our day.

Wednesday night we were lucky enough to take Alex and Evan to their first sporting event. A Detroit Tigers Game! Eric and I both love baseball and were thinking about taking the boys to a game this summer, but then Eric's company decided to have a family night out so we took advantage!

To no surprise, neither were disappointed, just a bit restless. We decided to carry Alex because we were unsure if we could park his stroller anywhere safe without risking it being stolen. There was no way I was chancing that. It was a bit rough because he is pushing 35lbs, but we managed.

We sat for the first 2 innings and then I took Evan for a walk around the stadium because he was restless. We stopped and got the boys first game certificates at guest services which I thought was a pretty cool thing for them to have. I would have never known about this if one of the workers didn't tell me. Then two "pretty girls" stopped Evan and offered him some Detroit Tiger tattoos and posters - which he took and then proceeded to chat it up with them. When we walked away he told me we needed to find more girls and that there were a lot of them there at the stadium. I asked pretty girls right - and he said "yeah".

We met up with Alex and Eric at the Carousel and they went for a ride. Evan typically sits on the bench, but we convinced him to ride on one of the Tigers! They loved it of course. Next up was the Baseball Ferris Wheel! I wasn't sure if Eric was going to be OK - LOL. I think we have decided against him riding the one at Navy Pier in Chicago now!

Finally we grabbed a bag of popcorn and watch a few more innings. We managed to end up on the jumbo tron belting out Bon Jovi Living on a Prayer and everytime the crowd clapped and yelled, Alex got super excited. I think he thought they were clapping for him! We left at the top of the eighth inning because it was getting late but the Tigers went on to win the game 5-2. As we were walking out, Evan said "I love this place" which made Eric and I happy because we love it too and we are excited to take them to their next game. 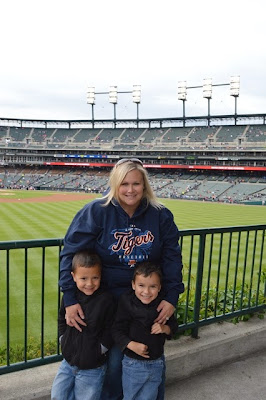 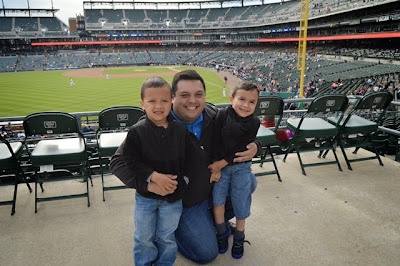 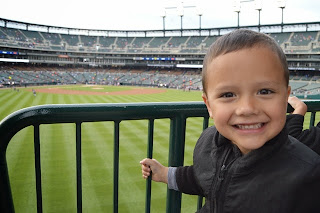 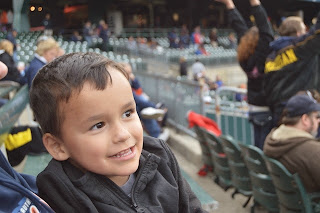 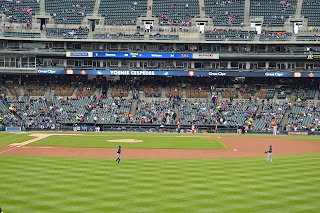 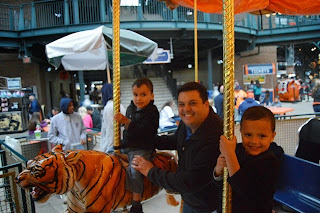 Last Thursday at school they had an afternoon that they called "Muffins with Moms" to celebrate Mother's Day. I invited my Mom along and the boys were so excited to have her there. We made bracelets and pictures and of course had muffins! I was very happy to share this experience with my Mom and she was just as happy to share it with me. This was the first time she has attended anything for the boys so it was a big day! Here are a couple of pictures of us.


Mother's Day on Sunday turned out nice for me. The kids were up bright and early, but my loving husband gave me the best gift...to go back to bed and sleep in!! It was glorious, especially since my washing machine broke the day before and I had to haul all of my laundry to my Mom's house later that day. In addition to sleeping in, I got 2 beautiful cards, some drawings from the boys and a bouquet of flowers.

I took the boys to visit my Mom that day and we went for ice cream after lunch which was nice. I am so thankful to have my Mom in my life. She helps me watch the boys so I can work part time now and there were a couple of days this past winter when the boys were sick and she came through for me last minute so I didn't have to call into work. She has always been there for me and I love her so much.

Later that evening Eric and the boys took me to Pei Wei for dinner which was absolutely delicious!! It was a pretty nice day that I got to celebrate with my boys.

As for being a mother now myself, I am so happy to celebrate the day with two very special boys who mean the world to me. I love them so much and I am so grateful for them. As they are quickly growing up, I am trying to enjoy every little moment I get with them and try to be the best mother I can be for them. I hope they know how lucky I am. 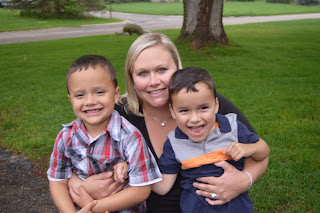 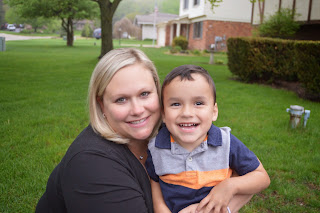 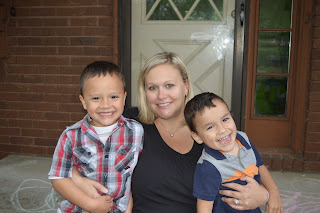 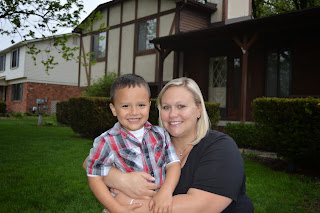 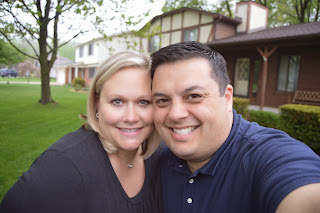